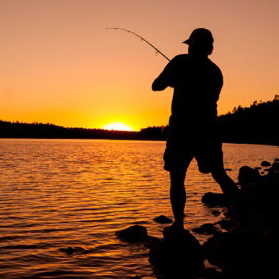 Read more about Ty’s condition
Sturge-Weber syndrome (SWS) is a neurological disorder marked by a port wine stain on the face. Blood vessels in the brain may be affected and there can be eye and internal organ irregularities. Excessive blood vessel growth on the surface of the brain creates abnormalities in that region and seizures are a common early problem.

As parents, Erik and his wife Donna had to make a huge decision. Their young son Ty was having 60 to 100 seizures a day, and experiencing other significant health issues caused by Sturge-Weber syndrome (SWS). At the advice of well-regarded medical experts, they agreed to surgery to remove the entire left hemisphere of his brain, trusting that the other half would compensate.

Happily, it did. Ty is now a happy and kind child, no longer acting out the frustration he was feeling before the surgery. Erik recalls one of Ty’s doctor’s describing it this way: “You build a city and then it crumbles every day. You rebuild that city, and it crumbles every day. So, what Ty learns, what he understands, what he perceives, what he sees and remembers crumbles and he starts all over, every day. There’s an understandable level of frustration and anger when you live with that.”

A Stigmatized Child…
Given Ty’s acting out, seizures, and facial difference, stigma was sure to follow. His older sisters were very protective about it. “One of the first memories that comes to mind is the farmer’s market,” Erik says. “If anybody would stare, they’d say, ‘What are you looking at? Why don’t you take a picture?'”

“Admittedly, there were a couple of times early on when I’d say, ‘Why don’t you stop staring at my son and grow up?’” Erik continues. “My wife taught me and my daughters to say, ‘If you have any questions about Ty’s condition, which is Sturge-Weber, please feel free to ask.’ That would immediately turn most people away, but children his age would say, ‘Well, what is that?’”

That made Erik a bit more philosophical. “I think that most people don’t know what to say, but there’s a curiosity – they want to look,” he says. “I think it’s natural for all of us to look at anyone who’s different. But to know what to say and how to approach the person or come up with the words, that isn’t something any of us know naturally.”

Erik vividly recalls a low point – “the worst it ever got,” he says. Erik was walking with Ty past a neighborhood restaurant and bar. A neighbor happened to be outside with a friend who was very drunk and said to Erik, “What’s wrong with your son’s face?”

“I told him to watch his mouth,” says Erik. But when the neighbor grabbed Ty’s arm and started shaking it vigorously, Erik put his skills as a former boxer to work – and knocked him out. “That’s the only time I ever lost it with anyone,” he says.

…. a Stigmatized Dad
Erik is no stranger to stigma himself. He has Attention Deficit and Hyperactivity Disorder (AHDH), which was not well understood when he was young.

“In first grade, I had a teacher who had an old box that her stove came in, and she called it Erik’s Retard Box,” he says. “It was put in the corner of the room and whenever my impulsivity or difficulties with attention got to her, I was put in that box. My intellect is above average, but I was stigmatized by other children – and by teachers too.”

Talking Back to Stigma
As Ty has grown, his father has changed as well. He now follows his wife’s lead and, if someone stares at Ty, says, “If you have a question, feel free to ask.” When Ty is old enough to understand his differences, Erik wants him to be able to say the same thing.

Even though Ty doesn’t have the cognitive ability yet to understand the unique contribution he can make to the world, his parents know what he offers at this point. It’s his personality, it’s his love, it’s his kindness, it’s his acceptance.

“You are a person who makes people happy,” they tell him. “You have a wonderful heart, and a wonderful soul.”